If you’ve ever run a digital advertising campaign, you’ve likely run into the issue of not knowing if your campaign is performing well enough to make it worth the cost.

To answer this question, some advertisers use click-through rate (CTR), some use impression count, others use CPA, and some use engagement stats to determine how effective their campaigns are.

The problem is that those metrics might mislead you about the performance of your ad campaigns. It’s possible to have an advertising campaign with high overall engagement but not many actual sales.

If you were to focus on engagement, you might think your ads are performing well. But, without sales numbers, you don't know the whole story. That’s why you can’t focus on vanity metrics when evaluating the performance of your ad campaigns. The metric you should use to evaluate performance isn’t a vanity metric. It’s a metric that takes your business’s top-line — revenue — into consideration.

That metric is called Return on Ad Spend, or ROAS.

As the name suggests, Return on Ad Spend (ROAS) is a calculation used to determine the effectiveness of advertising campaigns. Its purpose is to determine if the ads you’re running are worth the money.

Calculating ROAS is relatively simple. You need to take the revenue generated from a specific ad campaign and divide it by the cost of the ad campaign.

It can also be used at the ad group level, ad level, or even at the specific keyword level. For example, if you generated $10,000 in revenue from an Amazon PPC ad campaign and spent $2,000 to do it, you would take $10,000 and divide it by $2,000. Once you calculate that, your answer is 5, which makes your ROAS 5:1. Meaning that you generated $5 for every $1 that you spent. ROAS shouldn't be a one-and-done calculation.

You should continuously monitor ROAS because it will change as your audience changes, ad platforms change, or you run into ad fatigue. We suggest using a spreadsheet that you update weekly with your ROAS for each campaign you're running on each advertising platform. Doing this will help you get an understanding of performance and also help you benchmark ROAS for your organization.

We do have a word of caution about ROAS: Decisions about advertising using ROAS shouldn’t be calculated on a platform-by-platform basis. That’s too broad. When you’re evaluating the performance of a specific platform as a whole, you need to use Return on Investment (ROI), which takes all of your costs into consideration, not just your ad spend.

But, if you want to evaluate the performance of specific campaigns or the more granular components of your ad campaigns, ROAS is going to be your new best friend.

ROAS and ROI are related, but they’re not the same. ROI is a metric that takes profit and total costs into consideration. For ROI, you need to know your profit margin and also the total costs that go into creating an ad campaign.

That could include time and materials, ad spend, optimization tools, agency fees, etc. Remember, ROAS only takes revenue and ad spend into consideration. The reason you’d use ROAS over ROI is to get a better understanding of the performance of specific ad campaigns or even ad groups. If you tried to use ROI to understand the performance of a campaign, you’d have a hard time because calculating your costs on a per-campaign basis can be difficult.

Calculating ad spend is the easy part, but what about calculating time and materials on a specific campaign? That’s not so easy unless you’re very granular with your time-tracking. Profit margins also might not be equal for every campaign you run on the same platform. So you can’t just assume your profit margin is always going to be the same. That means you need to recalculate your profit margin on a campaign-by-campaign basis if you want to use ROI. That could be incredibly time-consuming.

ROI also isn’t useful for companies that aren’t profitable. Uber, for example, hasn’t turned a profit, so it doesn’t make sense for them to use ROI for advertising. ROAS is a much more useful number for a company focused on growth over profits.

Revenue numbers, on the other hand, are often easily tracked and accessible to advertisers who need them. That’s why using ROAS is a good guideline metric for advertising — it saves you time, gives you an idea about performance, and allows you to improve your ad optimization.

ROAS is a better at predicting performance than most other metrics

One of the great things, and also one of the bad things, about digital advertising is the number of metrics that you can track. The sheer amount of trackable metrics means that advertisers use all sorts of different numbers to evaluate performance. But none of them are as useful as ROAS.

We’ve seen marketers use CTR, CPC, engagement, impressions, and any number of other metrics to evaluate performance. Those are all useful numbers in some instances, but they’re all missing revenue to make them useful for overall ad optimization.

Without revenue telling you which ads are performing better than others, you’re not getting a full picture of performance. We’ll illustrate this idea by using click-through rate, or CTR, as an example. CTR is often used as a performance indicator because advertisers reason that a low CTR = bad performance. Unfortunately, this isn’t always true. It’s possible to have a low CTR but a high ROAS.Here are four ad groups from Facebook ads:

In this example, we have four ad groups. Our average CTR across all four ad groups is 2.31%. There are two ad groups that have a lower than average CTR — Ad Group 2 and Ad Group 4. If you were evaluating performance based on CTR alone, you would probably turn off Ad Groups 2 and 4.

Now, let’s expand this same data to include ad spend, revenue, and ROAS.

When we include ROAS, Ad Group 4’s return is actually 4.38:1. That means it’s a high performer. Had you optimized based on CTR alone, you would’ve shut this ad group off and moved on. You would’ve never known that you actually just turned off one of your highest-performing ad groups. What about cost per acquisition (CPA)?

That’s another incredibly popular metric to determine the effectiveness of advertising campaigns. CPA is a useful metric but still not as good as ROAS because of the same reason that CTR isn’t good enough — there’s no revenue data associated with that metric. If you have 1,000 sales on $10,000 ad spend, your CPA might look good, but if those 1,000 sales were just people buying one pack of paperclips from you for $0.99, that’s not going to be good for your business.

You can run that same experiment for any other metric you’d like to use, and you’ll always come across similar examples. Any metric other than ROAS will rarely give you a real understanding of what’s happening with your ad performance because revenue is important for ad performance. Without revenue, you’ll never have a full understanding of your ads.

ROAS works best when you have benchmarks that you can use for comparison. That will give you the ability to determine if one of your campaigns is performing better or worse than average. To find your benchmark ROAS, we almost always recommend that you create your own benchmarks based on historical data from your own ads.

That’ll give you a more accurate prediction of ad performance because you’ll be using your own revenue data.

How to find ROAS in Google Ads

You won't find this metric at a glance inside Google Ads, but it does exist.

You will need to add a column in Google Ads called "Conv Value/Cost."

Tracking Your ROAS over Time

To do this, use a spreadsheet to track the ROAS of all your campaigns on all platforms over a long period of time. Use separate tabs to identify the different ad platforms and different ad groups.

If you haven’t tracked ROAS before, you should be able to pull all the historical data you need from each platform to give yourself a ROAS benchmark. If you’ve never run ads, or just can’t get that historical data, you’ll still need a starting benchmark. A good ROAS benchmark to shoot for is a 4:1 ratio — $4 in revenue to $1 in ad spend.

How to use ROAS to optimize your ads

Let’s put everything together now, so you can see how ROAS works. As we mentioned earlier, ROAS is best used when you get granular with the metric. That’s where its real value comes into play. The first step is to calculate ROAS on a campaign-by-campaign basis. Below, we have four example campaigns, and we’re using a 4:1 ROAS benchmark to evaluate performance.

These campaigns all have significantly different performance. Some of them, like Campaign 4, are performing really well. Others aren’t doing so well. Notice that their CTRs and CPCs aren’t indicative of performance.

That’s because Campaign 2’s ROAS was so low, we turned off the campaign entirely, rather than try to improve it. Campaign 1 is also a lower-than-average performer with a ROAS of 3.80. Let’s dive into Campaign 1’s ad groups to optimize this campaign.

Ad Group 1 is a high performer with a ROAS of 5.08, but Ad Group 2 is what’s driving down the average ROAS for this campaign. Ad Group 2 has a ROAS of 2.71, which is well below our target of 4. In this instance, we might stop running all ads in Ad Group 2, but before we do that, let’s evaluate the ROAS of each ad in Ad Group 2. Is there an ad that’s performing well, or are they both failures?

Unfortunately, when we look at the ROAS of the specific ads in Campaign 1 - Ad Group 2, we see that neither of them is performing well. At this point, we would call Ad Group 2 a failure and turn it off altogether.

Once all of our Ad Groups in Campaign 1 are optimized, we’d go up to the campaign level and repeat the process for the other campaigns with a lower-than-average ROAS.

Benchmarking, calculating, and optimizing for ROAS is something you should do on all ad platforms that you use. Once you’ve done that, Facebook and Google have a feature that will automatically optimize your ads based on ROAS.

Google’s ROAS optimization is a bit different from Facebook’s. Rather than setting a minimum ROAS, Google asks that you set a target ROAS. Google takes it from there and will automatically adjust your CPCs based on your target ROAS.

Your ads will reach people who fall within your target ROAS range — some purchasers may result in a lower ROAS than your target, but some will give you a higher ROAS. Overall, your average ROAS should be the target that you set.

A simple formula with a big impact

ROAS is a simple formula, but despite the fact that it’s so simple, it can have a huge impact on your ad campaigns. Once you start optimizing your campaigns with ROAS as your true north metric, you’ll see improvements in each of the ad platforms that you use. Keyword research isn’t done in one sitting. One keyword idea inspires another, you find areas of opportunity, and then the ranked pages on those keywords give you even more leads to follow. 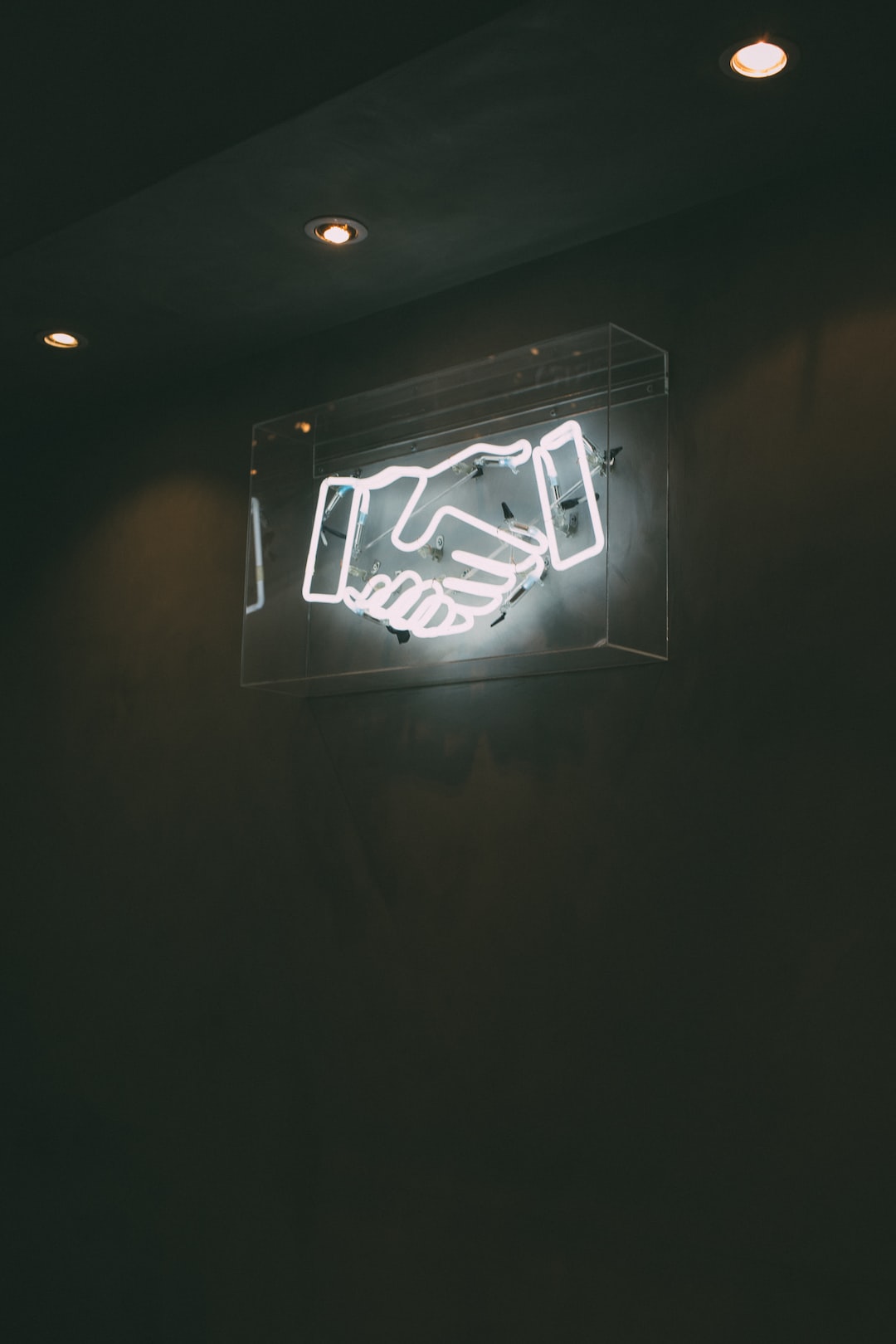 Today we’re talking about on-page versus off-page SEO, but that’s not how we want you to think about it. While there certainly are differences, you should always think about it as